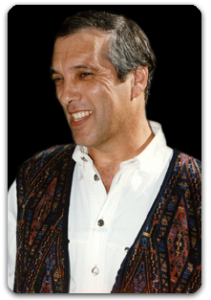 Dudu Barak- a songwriter, a poet, a radio man.

Born in Jerusalem in 1948, together with the State of Israel, he is the son of Lea and Yehoshua Wild, a father of three and a grandfather of five. Dudu Barak studied at Arlozerov primary school in Jerusalem. When he was 11 years old, his parents moved to the city of Holon, where at the age of 18 he graduated from Kugel high school. The arts and radio were always his main interests, and during his childhood he sang at “Pinat Hayeled” choir, the first radio show for children on Israeli radio, and learned to play the recorder under Zvi Kaplan. At adolescence he studied classical ballet under Mia Arbatova in Tel Aviv, folk dancing under Yoav Ashriel in Holon, and drawing & graphics in Tel Aviv.

Following his high school graduation, he started his military service in the IDF armored corps, only to move to the military radio station (Galei Tzahal) to serve as a narrator and a music program editor, a position he was the first person to ever hold in the station. It was then that he started writing his first songs and poems. Upon his discharge, he flew to study in New York and graduated from the RCA institute in the fields of Television, Directing, Producing and Narration. By then his first songs were already known and sang in Israel.

He went back to Jerusalem, and joined the Israeli Broadcast Authority (IBA) and its radio stations, as a music program editor and a narrator. In the following years he studied at the Hebrew University in Jerusalem and graduated in the fields of Hebrew Literature, Arts, Jewish Folklore and Education.

He will work at the IBA for 35 years until his retirement. He still lives in his beloved Jerusalem.

Throughout the years he wrote over 400 songs, alongside past composers such as Moshe Wilensky, Sasha Argov, Nachum Heiman, Yair Rosenblum, Yaacov Hollander and Dafna Eilat and works with present ones such as Nurit Hirsh, Arye Levanon, Efi Netzer, Shaike Paikov, Yair Klinger, Moni Amarilio and Yoni Roeh.

His songs won awards in music festivals both in Israel and around the world:

His songs were published in 11 different records, cassettes and CD’s: “Israel – The Almond Country”, “Land of the Seven Species”,  “The Eastern Wall”, “Songs of the Land”, “East Winds”, “Seventh Heaven”, “Or Shiv’at Hayamim”, “Lach od Ashir Alpayim”, “Flowers in a Riffle Barrel – Songs of Dudu Barak”, “My Jerusalem – Poems by Dudu Barak”, “And Thou Shalt Rejoice in Thy Feast”.

His songs were published in four song books including lyrics and music notes:

And he also edited and produced books, records and CD’s, such as:

Dudu Barak wrote a cantata inspired by the holocaust – “Between Warsaw and Jerusalem”, based on his poetry book “Poland Between Glory and Ashes”; sang by the soprano singer Sigal Vardi and The Ra’ananim Ensemble, accompanied by the pianist Gilad Shapira . Music was written, produced and conducted by the composer Yair Klinger.

Dudu Barak dedicates much of his time to performances with various vocal and instrumental groups. For over 30 years he performs in IDF bases in front of soldiers and officers, in front of school and kindergarten children, at retirement homes, hospitals and prisons throughout Israel. Many of the songs were adapted into folk dances in Israel and worldwide.

In 1990 he performed with Polish singer Sława Przybylska and late author Miriam Akavia in a series of shows in Warsaw Kraków, Wrocław and Kłodzko following the publishing of his book “Poland Between Glory and Ashes” in Polish.

In 2008 Dudu Barak performed in front of the Jewish community of Boston, Ma.

In addition to all the awards that Dudu Barak received in competitions both in Israel and internationally, he also received the following awards: